As Microsoft gets ready for the release of their brand new operating system Windows 8 on October 28th lurking in the blogosphere contains much buzz (often negative) with the early reviews of the new O/S. Windows 8 is in many ways a large departure from the traditional Windows user interface which aims to blend the desktop to the mobile world under one platform.

At the heart of Windows 8 is the new interface, previously dubbed Metro (until legal issues forced Microsoft to go with a more generic name), runs programs full screen by default. You can have two Metro-style apps at once on the screen, but one will be dominant, with the second one showing only about a third of its “face”. There are no classic windows on this side of Windows 8.

When you first boot up Windows 8, you’re brought to the Start Screen showing a collection of colored tiles, each of which represents a program. Some of have live information in them (Microsoft calls them Live Tiles), which can be remarkably useful. This screen replaces the Start menu, and it scrolls horizontally rather than vertically. 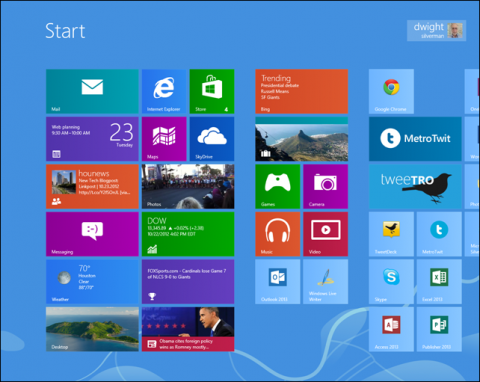 For many users Windows 8 will represent a huge learning curve as the process to do even simple things is different and confusing for long time Windows users. There has been much criticism that the new interface is not suited toward a non-touchscreen based desktop computer but other early testers have grown to like the new setup once more familiar with it.

A lot will be riding on the success or failure of Windows 8, some have already likened it to the disastrous launch of Windows Vista while others are calling it their most significant launch since Windows 95.

Not everyone will be moving toward Windows 8 however as there are many companies who have standardized on Windows 7 or Windows XP Pro and cannot migrate quite yet. Microsoft is to discontinue support on XP Pro SP3 in April 2014 and Windows 7 is set to end in January 2020.

Stealth.com (Stealth Computer) will continue to offer Windows 7 and Windows XP Pro(via downgrade) on all our computer systems.