And we thought our Stealth LittlePC products were small….

At the recent Intel Developers Forum (IDF) in Shanghai, Intel showed what it considers to be the smallest motherboard on the planet. This motherboard, or mainboard PC circuit board, will go into the company’s next-generation “Moorestown” mobile Internet device (MID) platform due in the 2009-2010 time frame. 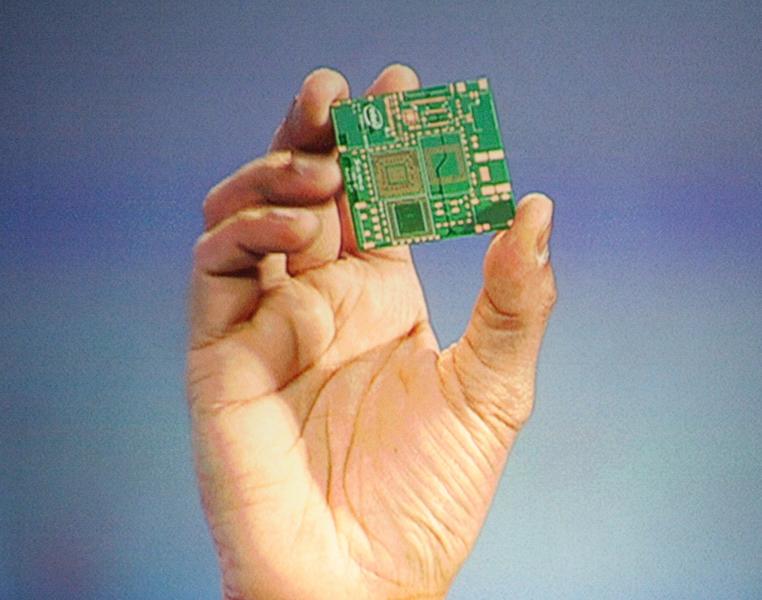 “Our engineers have been very hard at work on Moorestown,” Anand Chandrasekher, senior vice president and general manager of Intel’s Ultra Mobility Group, said during an IDF keynote speech Wednesday. “The platform design teams have been hard at work in figuring out what is the smallest form factor that they can actually fit a complete PC motherboard into so they can deliver a great mobile Internet experience.”

“What I’m holding in my hand is what is possibly the world’s smallest PC motherboard,” Chandrasekher said. The Moorestown motherboard houses the processor, chipset (including graphics), and memory, along with silicon for 3G, Wi-Fi, Bluetooth, and GPS, he said. “This is the heart of the new machine.”

Moorestown will be Intel’s impressive system-on-a-chip, combining the processor, graphics, and memory controller on a single die. It will likely be the major launching pad for Intel into the mobile phone market.

Intel announced its ‘Moorestown’ system-on-a-chip platform for UMPCs and internet tablets back in April this year, but it kept the details quiet. Now they’ve leaked out.