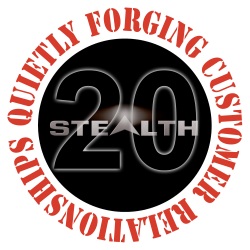 I wish it was as easy as saying “we had great vision”. Flash Forward – 20 years and well over a 100,000 systems later, who would have predicted we would become industry leaders recognized worldwide for our products and services.

Way back in 1990 we were working on automation and control systems. With Microsoft Windows 3.0 recently released there was a growing demand for GUI based applications outside the typical office environment. Demand for computers and peripherals moved beyond the clean office to other not so friendly environments.

The first computers to venture out to the shop floor were the office grade PCs. It quickly became evident that these systems were inadequate for the harshness of the shop floor where dirt, moisture, heat, vibration and electrical noise killed them. Customers demanded something that would survive. We responded with a solution not realizing until later that we found our niche.

Two decades later we continue to enjoy significant organic growth and have been humbled with numerous product awards, industry recognition and more importantly, customer loyalty. Major achievements over the years have included purchasing new facilities to house the continuous growth, adoption to the international ISO 9001 standard and non-stop product development.

A lot has changed in the computer business over the past twenty years. We live in a very exciting time and constantly need to reinvent ourselves to stay current with the demands for new technology. While times have changed, our commitment to our customers and their success has not.

Our 20th anniversary marks an important milestone for Stealth and we wish to acknowledge everyone who has made a contribution to our success including employees, customers, partners and suppliers. It’s our privilege to serve you.